The air is crisp outside, the leaves are falling, pumpkin is everywhere… I love Fall! It’s my favorite time of the year. I love cuddling indoors with a cozy throw and sipping a hot drink! I love making tons of delicious apple recipes, and I love decorating my house for Fall! (By the way, I have a Fall Home Tour post coming up in just a few days! I can’t wait to show you all all my tips & tricks for bringing the Fall spirit into my home). Anyway, for today, I have an easy breezy pumpkin recipe for a delicious and creamy smoothie. I’ve made so many pumpkin recipes in the past like these pumpkin pie pancakes, these pumpkin muffins, and this pumpkin spiced coffee. I think I have a thing for pumpkin- a good thing!

Today, I have a deliciously rich and creamy Apple Cinnamon Pumpkin Pie Smoothie. I love that it marries two fabulous Fall flavors- pumpkin pie & apple cinnamon. And if you like cake batter treats, you will absolutely LOVE this smoothie. It kinda has that cake batter flavor in it as well, thanks to one simple shortcut I took to get the Apple Cinnamon flavor into this smoothie! Let’s get to the recipe now, shall we?! 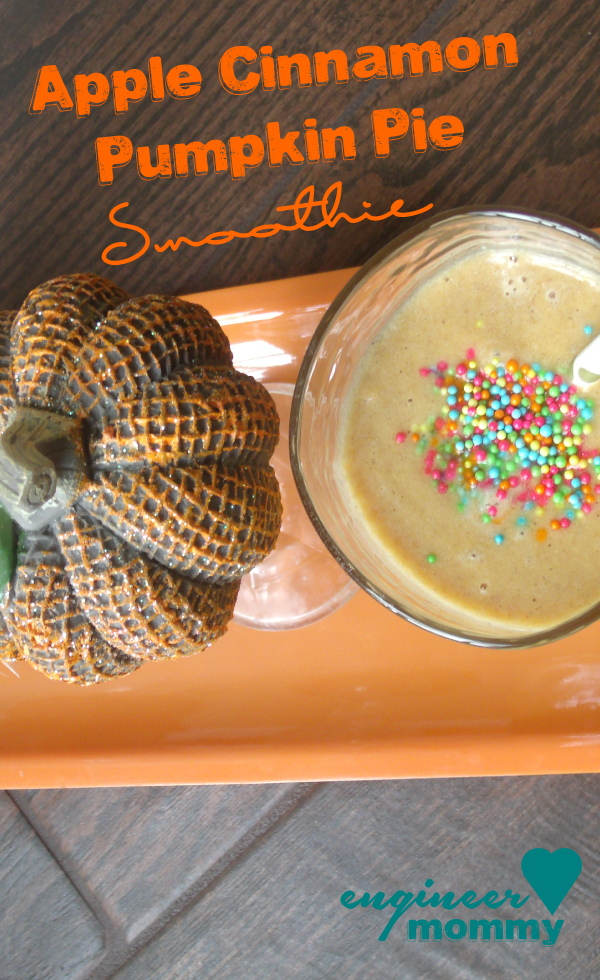 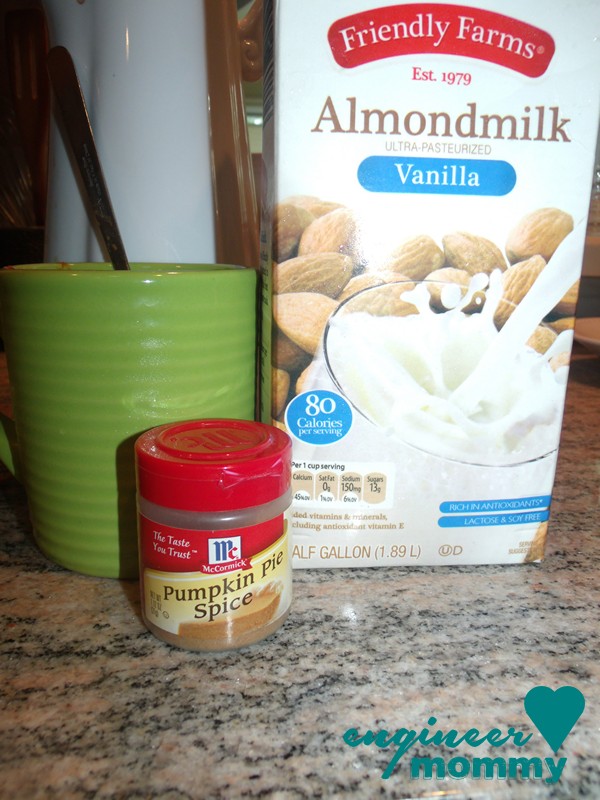 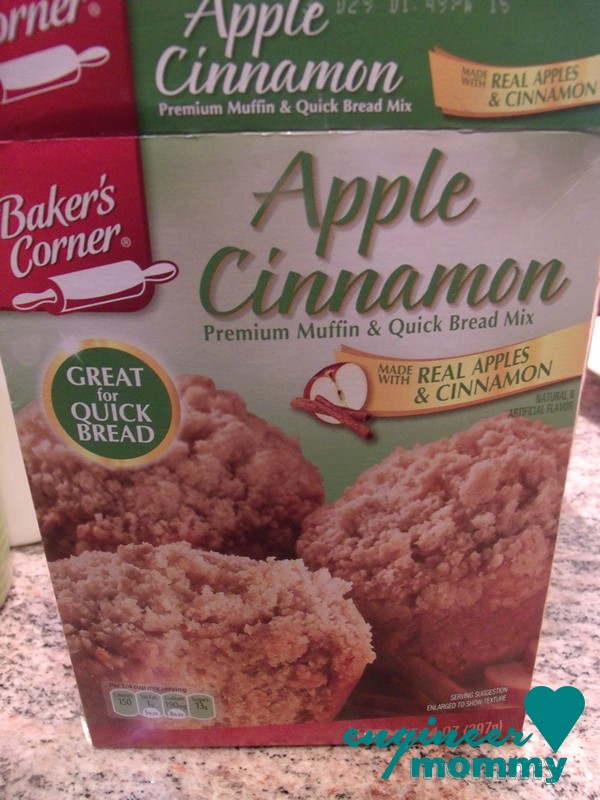 Directions:
1. Throw all ingredients (except sprinkles) into food processor. 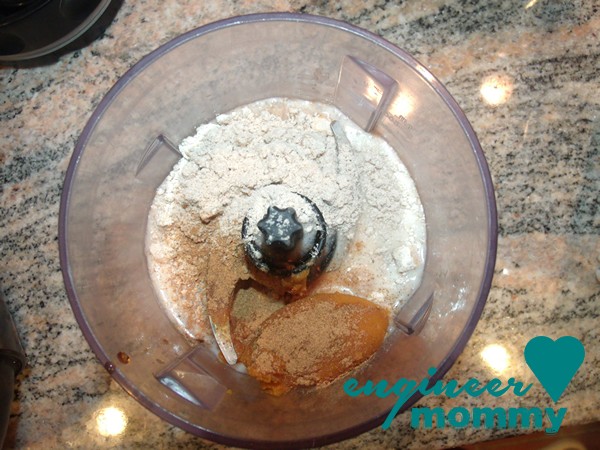 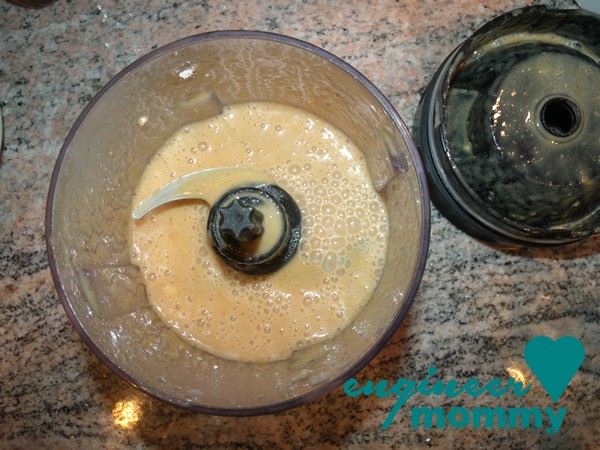 3. Serve in a tall glass and top with sprinkles! 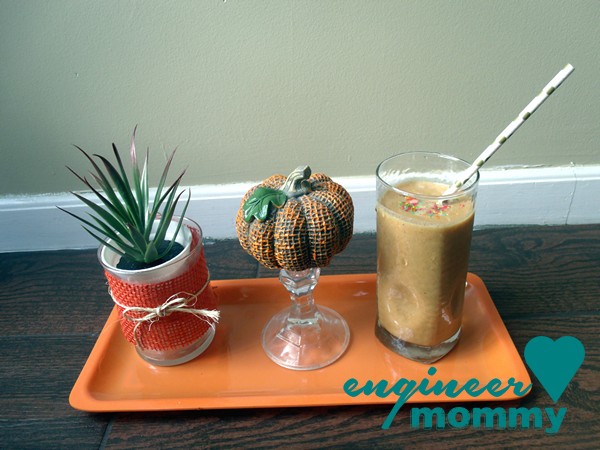 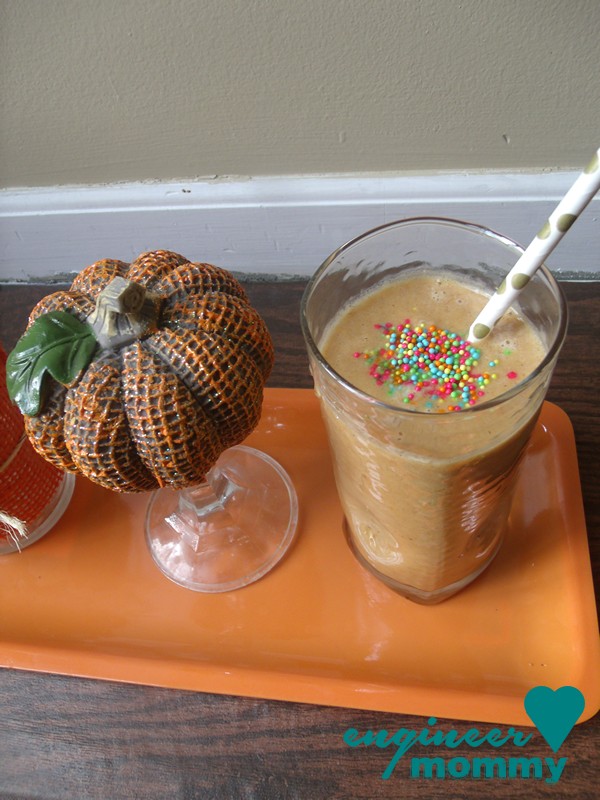 This was a really luscious treat, and my apple cinnamon bread mix had tiny pieces of dried apple in it that was still palpable in the smoothie! It gave the smoothie a fabulous texture! 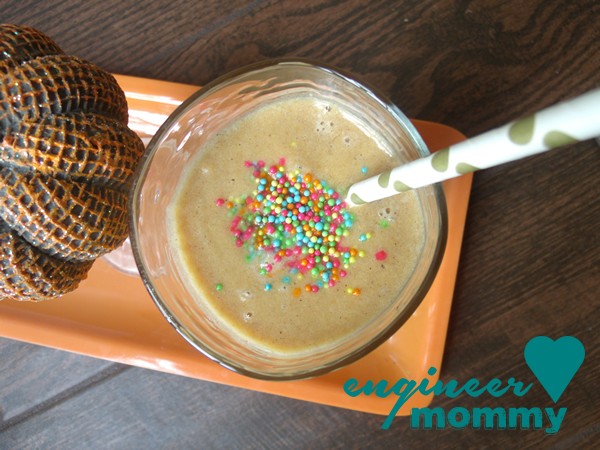 If your mix doesn’t have the dried apples, you can always add dried apples to the smoothie! Such a yummy drink! Hope you all love it! 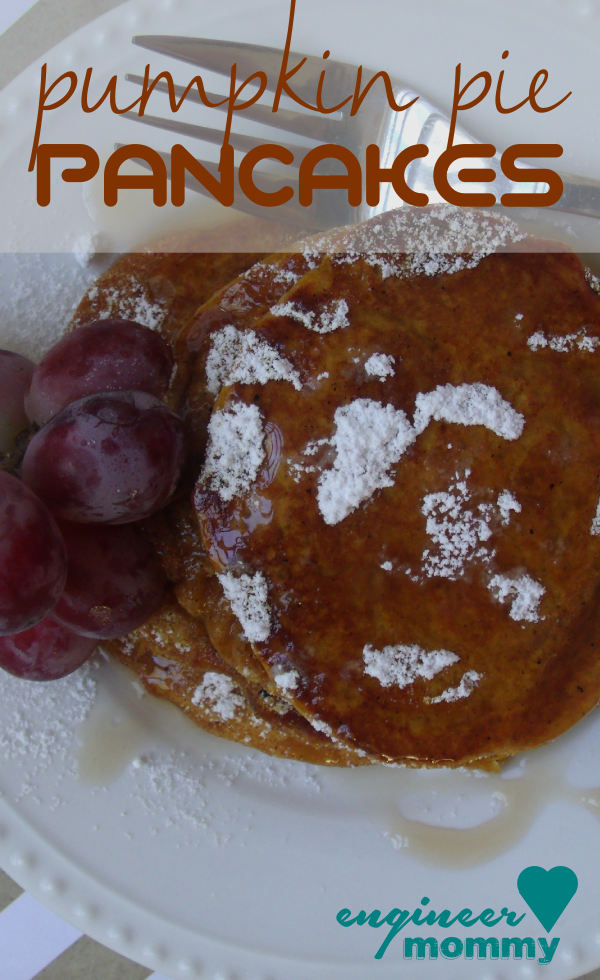 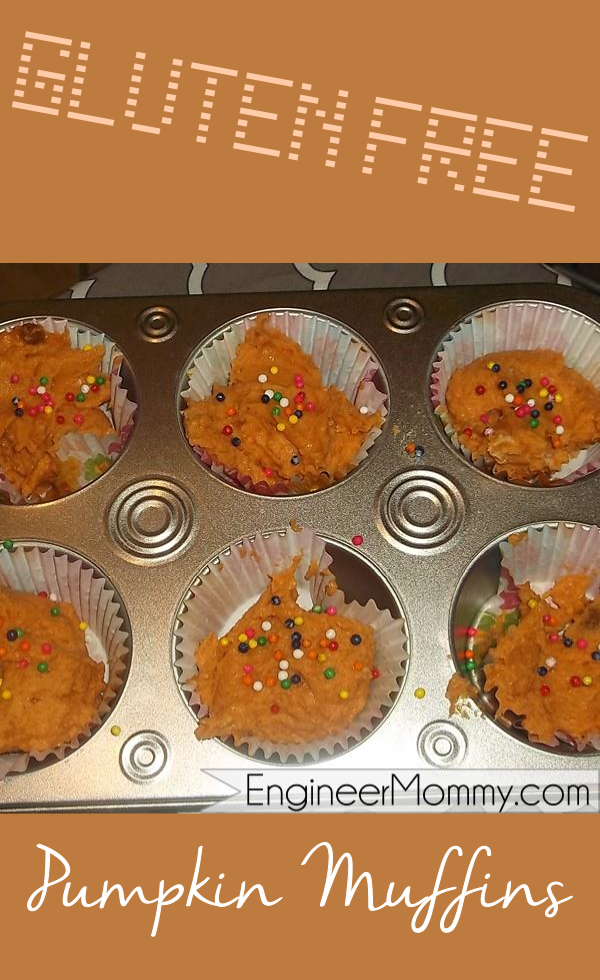 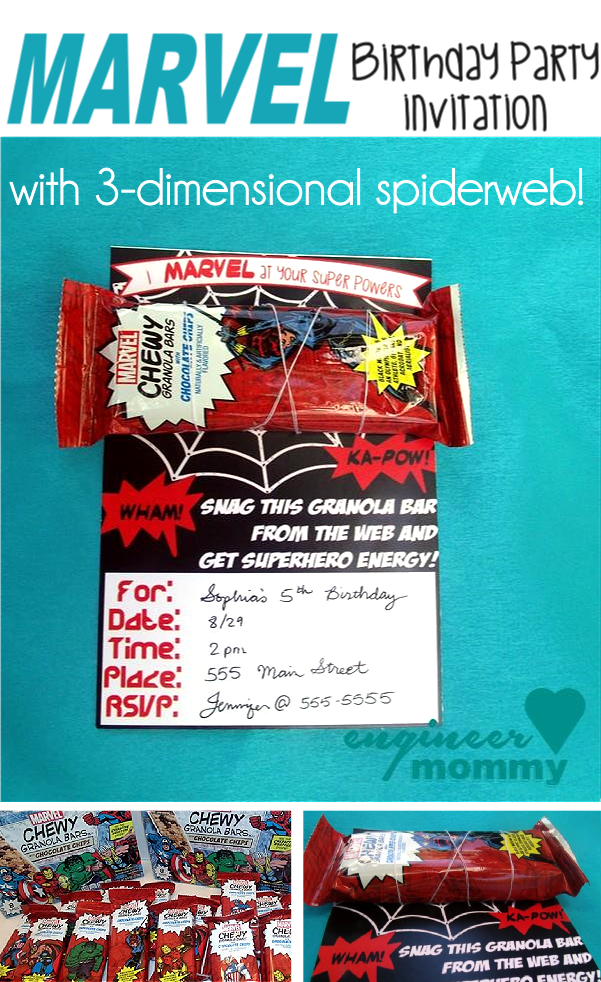 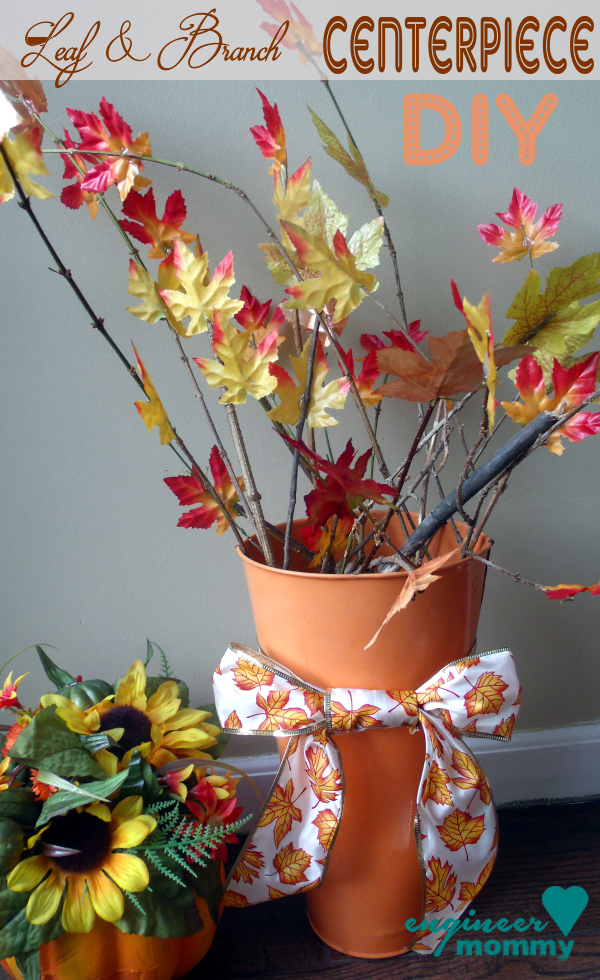 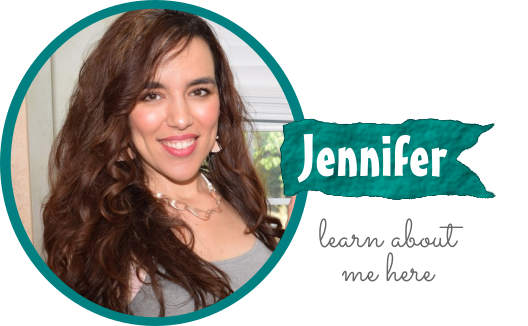 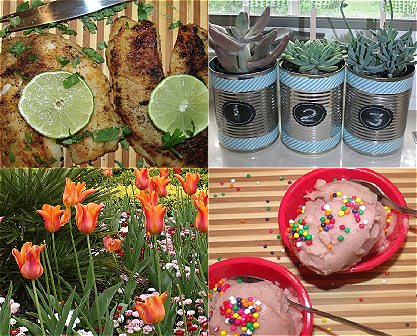